Russia’s War in Ukraine and Manipulation to Destroy Western Democracy 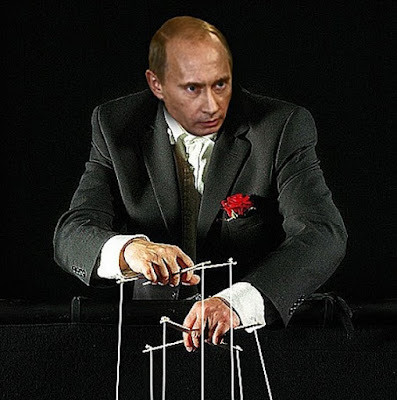 Russian President Vladimir Putin invaded Ukraine, as if filling the power vacuum of international politics, after US troop withdrawal from Afghanistan. The war broke out as a consequence of the geostrategic clash between Russia and the West. However, unlike Putin’s argument in his latest article “On the Historical Unity of Russians and Ukrainians“, his KGB-bound aversion to NATO and the EU does not come from Russian culture and history. Yeltsin era foreign minister Andrei Kozyrev showed a starkly different vision from that. Rather than stopping NATO enlargement, Kozyrev envisioned a Russia aligned with NATO, because he saw the trans-Atlantic alliance changing from an aggressive military machine to an alliance of common values. Actually, he thinks Russia be a European democracy of European civilization, which is completely at odds with Putin’s neo-Eurasianism (“Open Door: NATO and Euro-Atlantic Security After the Cold War”; p.450 ; Brookings Institution Press; 2019).

Since most of the reports and analysis of this war focus on geostrategy, I would like to talk about less-attentioned issue, which is Russian manipulations to destroy Western democracy from interference in their enemy domestic politics to the implosion of their enemy alliance. Those handlings are intended to weaken Western solidarity to boost Russia’s standings in the world. For this objective, Putin’ does not cling to a specific ideology, even though dark ties between Russia and the Western far right has drawn much attention globally since the Trump presidency and Brexit. When Iran launched missiles to Irbil in Iraq the other day, as if in consort with Russian aggression in Ukraine, the Jerusalem Post concludes “Russia wants to return Ukraine to its “near abroad” and counts on US isolationists, the far Left, far Right and “realists” in the West to agree with Russia’s “security needs.” Iran wants to ride that Russian train as far as it can as well” (“Did Russia empower Iran’s attack on Erbil? – analysis”; Jerusalem Post; March 13, 2022). In other words, Putin’s manipulation against Western democracy for decades is closely linked to the recently broke out war in Ukraine.

In the United States, it is too well-known that Russia interfered in the presidential election for Donald Trump in 2016. His administration was extremely skeptical of the trans-Atlantic alliance, and even admitted Russian annexation of Crimea. Social conservatives and alt-rights resonated with Putin’s objection to Western liberals, regarding political correctness, LGBT rights, family values, and so forth. Even after the broke out of this war, Trump Republicans lead by Rep. Marjorie Taylor Greene (MTG) still chanted pro-Putin slogans at an even of the America First Political Action Committee. The group was founded by Nick Funtes, who joined the Charlottesville neo-Nazi march in 2017. Other House Republicans such as Matt Gaetz and Paul Gosar are also deeply associated with this group. Establishment Republicans are so critically concerned with the far right that they claim exclusion of those Trump Republicans from the party (“Republicans tested by congresswoman’s speech to Putin-cheering white supremacists”; Times of Israel; 2 March, 2022).

Why are Trump Republicans so pro-Russian? Craig Shirley, a Ronald Reagan biographer, comments “The attitudes toward Russia have gotten all mixed up with domestic politics” in the Republican Party today. Trump Republicans from right wing legislators of the Hill to Tucker Carlson of Fox News are pro-Putin, because they want “America First” foreign policy to lead their country step back from global alliances with Western democracies. That comes from populist antipathy to the establishment (“How Republicans moved from Reagan’s ‘evil empire’ to Trump’s praise for Putin”; Washington Post; February 26, 2022).

Russia tames left wingers and realists, too. One of such left-leaning realists is Samuel Charap of the RAND Corporation, who was the senior advisor to the Under Secretary of State for Arms Control and International Security Affairs Ellen Tauscher of the Obama administration. Prior to the war, he argued that the West stop aiding Ukraine in the border dispute with Russia, and embrace the Kremlin’s requirements based on Minsk II, because “confrontational” approach does not work (“The U.S. Approach to Ukraine’s Border War Isn’t Working. Here’s What Biden Should Do Instead.”; Politico; November 19, 2021). However, he was fatally wrong because he dismissed Putin’s real intention which was founded on deep-seated grudge against Western supremacy in the world order. Charap’s mixture of Obamanian leftism and finesse realism may have seemed “practical”, but that has just emboldened Russia.

Noticeably, the Minsk agreements were mediated by Germany and France, both of which are more soft liner to Russia than the US and the UK. According to Paul Niland of the Lifeline Ukraine, the agreements do not accuse Russian aggression in Crimea and Donbas from the beginning. Nor, do the agreements mention anything about future autonomy in Russian occupied Donetsk and Luhansk (“The Trouble With Minsk? Russia”; CEPA; September 21, 2021). In other words, these agreements enable Russia to continue to seize these two areas plus Crimea illegally, just as it does in the Northern Territories of Japan. No wonder, Ukrainian President Volodymyr Zelensky is dissatisfied, but Putin does not accept “Enough is enough!”.

Then, why are Germany and France so dovish to Russia? Just for oil and gas? According to a report by the Chatham house last May, both countries pursued strategic independence from the United States, and placed more emphasis on the integration of Russia into European and international structures. That is to say, both countries assumed the role of “motor” to manage EU-Russian relations. While Germany focuses on mutual dependence in energy and the economy from ostpolitik tradition, France does on security issues to balance US and Russia from Gaullist tradition. From such perspectives, both countries had been mediating Russia and Ukraine via the Minsk agreements and the Normandy Format, but Russia did not take them seriously. The Kremlin was growing more aggressive just before Putin’s invasion, despite Franco-German efforts (“French and German approaches to Russia”; Chatham House; 13 May, 2021). Rather, those deals helped Putin exploit their pursuit of strategic independence, in order to drive a wedge in the trans-Atlantic alliance.

I would also like to mention Russian intrusion into domestic politics of both countries. Russian penetration in Germany is more deep-rooted than oil and gas. Just as other nations in the trans-Atlantic community, Putin agitates far right movements in Germany to weaken NATO and the EU, and also, to boost nationalist and traditionalist values to discredit liberal democracy. Pro-Russian voices are wide spread in leftist Social Democratic Party (SPD), too. However, Andreas Umland, an analyst at the Swedish Institute of International Affairs, commented that the SPD’s conciliatory Ostpolitik toward Moscow even in the face of military threats, and its reliance on soft-power were already becoming unsuitable, shortly before Putin's aggression to Ukraine (“Ukraine crisis spotlights German party ties to Russia”; The Citizen; January 30, 2022). The problem with Germany is that Russian influence reaches even the mainstream left, as shown in ex-Chancellor Gerhard Schröder’s association with Gazprom and Rosneft.

Also in France, both the far right and hard left, from Marine Le Pen and Eric Zemmour to Jean-Luc Mélenchon openly admired Putin for his anti-globalist and anti-American world views, just before the war. In the presidential race for the election on April 10 this year, Mélenchon blamed President Emmanuel Macron’s effort to guarantee the sovereignty of Ukraine for his plot to annex this country into NATO. On the right, Le Pen has argued for normalization with Russia since Putin’s invasion of Crimea (How Putin is dividing French politics; Le Monde; 8 February, 2022). Like isolationists in America, sovereignists in France praise Putin just to “share the same disgust of the European Union, NATO, and the United States of America”. They don’t care their inconsistency to disrespect Ukrainian sovereignty against Russia (“French far-right candidates in Putin’s den”; Le Monde; 22 February, 2022).

In the United Kingdom, Brexiteers such as Nigel Farage admired Putin’s annexation of Crimea in 2014, and blames the EU for allowing Ukraine to bid for the membership today (“Nigel Farage once admitted he 'admires Putin politically'”; Daily Express; February 28, 2022). On the left, ex-Labour Party leader Jeremy Corbyn sided with Russia in the Salisbury poisoning, even though two British citizens were killed after the attack on the Skripals. More problematically, he joins Stop the War campaign along with far left MPs to denounce “belligerence” of Britain and Ukraine against Russia (“Jeremy Corbyn sides with Russia (again)”; Spectator; 20 February 2022). Remember, don’t confuse Stop the War (Twitter: @STWuk) with a “No War” slogan among innocent anti-war grassroots. The former is a dubious British leftwing organization that even supported Russian annexation of Crimea.

In the wake of the war in Ukraine, domestic support for these pro-Russian politicians may be declining, and they may soften the tone, but we should still watch their words and deeds. Even if a ceasefire agreement were reached, the status of the disputed areas, ie, Donestsk, Luhansk, and Crimea, might not be defined clearly. Also, the settlement may be temporary, and the source of conflict may remain. The West has been aware of Putin’s intrusion into their domestic politics long before this war, but even more hawkish US and UK did not take sufficiently strong measures to stop Russia's penetration at home. Whatever happens in this war, Russia will continue to use those Fifth Column machines to destroy Western democracy from inside, as long as Putin and his siloviki fellows stay in power. Stay alert!