It is not just the United States and Russia, but Britain also pivots to the Asia Pacific region. This implies that nations outside the region will play significant role in major power interactions in East Asia. What does Britain pursue in Asia?

Prime Minister David Cameron’s visit to Indonesia, Malaysia, Japan, Singapore and Burma this April is a landmark of Britain’s involvement in Asia. Prime Minister Cameron discussed bilateral defense partnership with Japan. A couple of years ago, Britain’s active sales promotion of Euro Fighter Typhoon had drawn much attention, but this is nothing new. Shortly after the victory in the Falkland War, Prime Minister-then Margaret Thatcher urged Japan to buy Harrier. Cameron’s visit can be interpreted as a step toward a long awaited aspiration in Britain’s Japan policy.

Cameron’s trip to Burma is a noteworthy event. As the former colonial ruler, Britain is the first European country to have a summit with the Burmese government to pave the way for democracy from current military dictatorship. Britain can play crucial role in political reform in Burma, as well as the United States and Japan.

It is commonly understood that Europeans do not find vital strategic interest in East Asia. However, Britain has historical ties with this region, and English language and British styled educational system are requisite to produce local elites. When we talk of power interactions in the Asia Pacific, we have to bear in mind that influence of non regional actors like Britain and other EU nations not be dismissed.
Posted by Σ. Alexander at 11:37 PM No comments:

Change of the Profile Photo

The profile photo of Global American Discourse changed on April 23 as shown below. The description of the photo changed accordingly.

The photo is a coin of the Macedonian Empire. Alexander the Great wears a lion's skin as Hercules does. 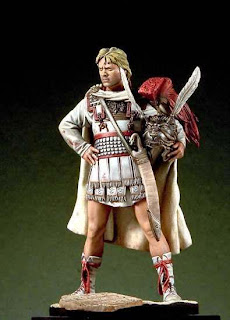 The photo is an armored figure of Alexander the Great holding a lion helmet as Hercules does.

Hopefully, this blog will be a much stauncher advocate for defending our liberal world order.
Posted by Σ. Alexander at 12:54 AM No comments:

Email ThisBlogThis!Share to TwitterShare to FacebookShare to Pinterest
Categories Notice

Russia Needs to Clarify What It Wants in East Asia

Remember Former Governor of Alaska Sarah Palin was severely criticized when she made a poor remark on Russia in 2008 presidential election. However, come to think of it, Russia’s vision of the Asia Pacific region is quite vague. Palin may be a provincial politician who has little understanding on foreign policy. But had it been vital for her state interest,she would have shown much keener awareness of Russian challenge to national security. Some policymakers argue that Russia would play a vital role in the Big Three power game of East Asia among the United States, China,and Japan. Russia itself needs a pivot to Asia. This year, APEC summit will be held in Vladivostok in September. Also, it is one of key domestic policy agendas for Russia to fill regional gaps between underdeveloped Far East and prosperous European area, as the former was left behind during the oil boom at the beginning of this century. Russia’s shift to East Asia will lead to some changes in foreign policy, particularly, vis-à-vis China, the Korean Peninsula,and Japan.

Russia’s pivot to Asia can provoke lurking tensions with China, though both powers jointly form an axis against the West. Sparsely populated, people in Far East Russia feel uneasy with the gigantic neighbor of China. Dmitry Trenin, Director of the Carnegie Moscow Center,comments Russo-Chinese relations “Despite their overlapping interests [to challenge US hegemony], the two countries are not allies. Moscow will not accept a junior position vis-à-vis Beijing,while the Chinese regard Russia as a fading power”, in a recent report bounded by the Centre for European Reform (“True Partners?: How Russia and China see each other”; Centre for European Reform Report; February 2012). According to Trenin, Russian foreign policy has turned into “post-imperial” after the fall of the Soviet Union, which is completely different from expansionist one during the czarist and the Soviet eras. Current Russia is neither a colonial great power nor a superpower, and manages to stabilize itself as a second class player. Russia faces NATO’s overwhelming conventional forces in Europe, and it barely manages the balance against the West with nuclear arsenals. Therefore, it is Russia’s interest to keep strong relations with China. Also, China does not want a liberal Russia that is closely tied with the European Union. The vital interest for both Russia and China is to challenge the international system dominated by the United States, and explore more leverages in global governance. From the above points of view, Russia regards the rise of China very positively. Unlike neoconservatives in the United States, Trenin understands the Russo-Chinese axis in terms of geopolitics rather than the nature of the regime.

However there are some concerns in Russia’s relations with China. Trenin mentions political and economic problems. Politically, Chinese officials often remark something sensitive with regard to Russia’s Far East territory, like Lake Baikal is the “common heritage” of both countries. On the other hand, Russia stays neutral, and does not endorse China’s territorial claim to Senkaku and Spratly islands. More fundamentally, Russians are beginning to see the rise of Chinese military power with mixed feeling. A large scale Chinese military exercise in the Shenyang district got on Russia’s nerves in 2006. Trenin quotes a comment by Lieutenant General Skokov, Chief of Staff of the Russian Army, regarding a potential adversary in the Asia Pacific region saying that “[It is a] multi-million-strong force guided by traditional views to combat operations: straightforward, with massive concentration of manpower and firepower on key axes”. In the economy, Russia needs Chinese capital to develop Far East border area, but critics worry Chinese businesses simply exploit Siberian raw materials without helping the growth of job opportunities for local Russians. Since Russia inherited just over a half of the population of the Soviet Union, it needs Chinese workers to overcome labor shortage. However, massive influx of Chinese businesses and laborers provokes fear of land take over and criminal mafia growth among Russians in the Far East. 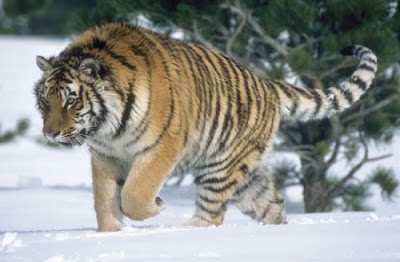 A Siberian tiger in Russia is staring at East Asia for prey.


In addition to political and economic problems, I would like to mention Chinese threat posed to natural environment in Russia. Chinese companies destroy Siberian boreal forest through illegal logging, in order to satisfy voracious demand for wood in China (“Corruption Stains Timber Trade”; Washington Post; April 1, 2007). The vast taiga of Siberia is a common heritage to the global public, and its environmental implication is no less important than tropical rain forest in Amazon. Regarding biodiversity,Russian Far East is the home of some well known endemic species, such as Siberian tiger, Amur Leopard, and Baikal Seal. Furthermore, the role of taiga to stop global warming needs more attention. Peat bog soil in boreal forests stores a huge amount of carbon dioxide. Wanton logging leads to a dreadful release of global warming gas from the soil. Also, illegal logging inflicts considerable damages on fisheries in the Okhotsk Sea, as the Amur River provides nutrients from Siberian forest to marine creatures there.

Russia’s role in East Asian security, the Korean Peninsula is a key place. Currently, North Korea defies global nonproliferation regime, under the new leader Kim Jong-un. Historically, the Korean Peninsula is an arena of the Great Game among Russia, China, Japan, and the United States. As to denuclearization of North Korea, in an interview with a Japanese journalist Tsuyoshi Sunohara, Former Deputy Secretary of State Richard Armitage laments precipitous decline of Russian influence on North Korea after the fall of the Soviet Union (“US-Japanese Alliance vs. China and North Korea” or 『日米同盟vs中国・北朝鮮』; p. 120). However, Richard Weitz, Senior Fellow at the Hudson Institute, points out that next President Vladimir Putin has published an article on nuclear nonproliferation in which he explores much more positive role in North Korea than he does in Iran (“Putin’s Grand Plan for Asia”; Diplomat Magazine; March 13, 2012). There is every reason for it. Russia wants to link the trans-Korean railway with the Russian rail system, in order to provide a transit route for South Korea to trade with Europe. Also, Russia wants to construct energy pipelines through North Korean territory.

Regarding the relationship with Japan, people tend to talk about the Northern territory dispute. Japanese media are obsessed with the effect of Putin’s victory in the presidential election this year on the territorial negotiation. However,whoever the president is, we have to understand the overview of Russia’s East Asia policy. Kremlin may explore further economic ties with Japan, regardless of political strains. However, we cannot accept such an idea so generously, considering Russia's behavior to close gas pipelines over the Ukrainian crisis, that panicked almost the whole of Europe. On the other hand, Japan can help protect Siberian forest, in order to defend vital interests for the global commons. When talking of Russo-Japanese relations, Japanese policymakers need to think of perception gaps between the East Siberian public and state-centric Kremlin as witnessed in the Japanese secondhand car conflict in2009 (“Russian motorists in Far East protest new rules, taxes”; RIA Novosti; October 24, 2009). People in Far East Russia rose up against Prime Minister Putin’s decision to restrict import of Japanese secondhand car to defend Russian auto industry from international competition.

Russia hosts APEC Vladivostok summit this September, and Russians need to speak out their policy and business objectives in East Asia. Russians have to shed their old czarist and Soviet mindset, and send messages globally. Up to now, Russia’s East Asia policy has not drawn much attention. But clearly, underdeveloped Russian Far East needs investment from Asian neighbors, notably, China, Japan, and South Korea. As Russia is shifting to Asia, American policymakers need to watch closer on Russia’s Asia Pacific policy. Also, people in East Asia must explore more opportunities to talk with Russians, from politicians and diplomats to Kuril fishermen. It is Russia’s shame rather than Sarah Palin’s that she gave a casual comment during 2008 presidential election campaign.
Posted by Σ. Alexander at 4:35 PM No comments: