The US-Japanese Alliance from Suez to Pearl Harbor

The Futenma problem spurred nationwide debates in Japan on the US-Japanese Alliance in the new century. As Yukio Hatoyama stepped down from the Japanese prime minister position, the bilateral alliance seems be getting back to the normalcy. Considering importance of the US-Japanese Alliance in global security, the Hatoyama administration wasted tremendous time and energy on such a meager domestic issue.

Instead of US bases in Okinawa, the Japanese public needs to focus on a vital point that the US-Japanese security partnership has not only been bilateral and regional but also global since the loss of the Guard in the Persian Gulf and the Indian Ocean. British Labour Prime Minister-then Harold Wilson decided to withdraw the armed forces from the east of Suez in 1968. Then, pro-Western Pahlavi regime in Iran assumed itself the Guard of the Persian Gulf to fill the vacuum of power after British retreat. However, the shah’s Iran collapsed by the Islamic Revolution in 1979. Today, the US forces in Japan needs to cover a vast area from Suez to Pearl Harbor. Therefore, I insisted that the focus of US-Japanese security arrangements must be global in a previous post.

Despite such changes in global power games, the Japanese public had been in a daydream of peaceful paradise until the Gulf War in 1991. Only when Japanese Prime Minister-then Toshiki Kaifu was blamed for his free riding diplomacy when the Western coalition fought against Saddam Hussein’s invasion to Kuwait, did whole Japanese nation woke up to find that the alliance with America was global. Throughout the postwar era, the Yoshida Doctrine dominated Japanese foreign policy, and the Japanese government pursued economic growth and living standard improvement while leaving national defense to US security umbrella. Japan only had to depend on US forces to defend itself from communist threats such as the Soviet Union, China, and North Korea. The alliance was entirely bilateral and regional in the 1950s and the 1960s.

Such a security environment has changed when Britain decided to withdraw from east of Suez. In those days, Britain was in a stagnant economy, and the Wilson administration needed to cut defense spending. Also, in view of Soviet submarine threats in the Northern Atlantic area, the British government changed the defense strategy to concentrate its forces on European fronts for NATO command structure. Until then, British forces played the role of the guard from Suez to Singapore. The Royal Navy patrolled across the Indian Ocean. Britain stopped Ba’athist Iraqi ambition to invade Kuwait in 1961. Also, the British led coalition defeated communist guerillas in Malaysia in 1960.

After British withdrawal, the shah’s Iran assumed itself as the Guard of the Persian Gulf, endorsed by the Nixon Doctrine. When the shah purchased America’s top gun F14 fighters, the Imperial Iranian Air Force boasted to cover the sky from Egypt to India, which is the territorial range of the Achaemenid Persian Empire. Had pro-Western regime survived in Iran, Saddam Hussein would not have invaded Kuwait to satisfy his Nasserian megalomania. Also, the impact of Soviet invasion to Afghanistan in 1979 would not have been so serious. The Pahlavi regime was neutral in the Arab Israeli conflict, because Iranians are descendants of ancient Aryans, one of Indo-European peoples. Moreover, Cyrus the Great liberated the Jewish from Babylonian oppression. Therefore, Iran was in a very good position to assume America’s Guard in the Gulf Area.

Since the fall of the shah in 1979, American involvement in the Middle East and the Indian Ocean has grown precipitously. Long before the Gulf War, the US-Japanese Alliance has evolved into a global security arrangement. Currently, the US armed forces in the Pacific region, including the 7th Fleet, fill a huge vacuum of power from Suez to the east. It is unlikely that some regional powers like India will or can afford to play the role assumed by Britain and the Pahlavi Iran in the past.

Unfortunately, Japanese politicians and opinion leaders still miss this point. For example, if the US forces in Okinawa were to be transferred to somewhere else, it would create a huge vacuum of power from Suez to Pear Harbor. None of others like Guam, Tinian, and Diego Garcia Islands can supplant current US bases in Japan. In order to deepen and develop the US-Japanese Alliance for the new century, the Japanese public must understand global security environment, and pay more attention to Europe, Middle East, and the rest of the world. When I studied world history at high school, I was told to understand things chronically and contemporarily, that is, understanding things in chronicle order of cause and effect and in terms of interrelations among what happened in one area to another in the same age. It is a pity that Former Prime Minister Yukio Hatoyama failed to understand the basic principle of high school level of world history. Therefore, Japanese leaders should keep alert to the world beyond bilateral relations, East Asia, and Washington politics to rebuild US-Japanese security arrangements for this century. The Alliance has been global for a long time, well before the Gulf War!
Posted by Σ. Alexander at 11:34 AM No comments:

Speaking as a Dark Knight: Attention by a Japanese TV 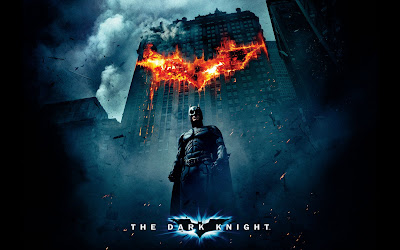 A Japanese TV program, “Read between the Lines of the News” of the Asahi News Stars, reported a post about state controlled capitalism on this blog. It was broadcasted on June 5 to discuss whether the Chinese economy grows continually.

It is my pleasure that this blog draws attention from a think tank to an established media. This is a quality blog on global politics, and I take pride in it. The Dark Knight will continue to speak as a grassroots outsider.
Posted by Σ. Alexander at 11:29 PM No comments:

Email ThisBlogThis!Share to TwitterShare to FacebookShare to Pinterest
Categories Notice

I attended an event by the Japan Forum on International Relations, entitled, “The Japan-U.S. Alliance at 50: Crossroads or Continuity?” on May 24. It was very useful to hear panelists debate cutting the edge issues, such as perception gaps on the alliance between the United States and Japan, and the threat of China. However, experts from both sides of the Pacific focused too much on bilateral and East Asian regional issues. Had panelists discussed the US-Japanese alliance from a “Democracies vs. Autocracies” viewpoint, the Round Table would have been much more helpful to understand US-Japanese relations in the world.

In order to deepen and develop the US-Japanese alliance in accordance with the structure of global politics in the new century, I believe that the bilateral alliance be expanded into a trilateral alliance of America, Japan, and Europe. At the beginning of this century when experts launched an initiative for a global NATO, the Abe and the Aso administrations were enthusiastic to found the NATO-Japanese partnership. As the Foreign Minister, Taro Aso visited NATO Headquarters in Brussels, and he insisted on founding “the Arch of Freedom and Prosperity” as the Prime Minister. On the other hand, Prime Minister Yukio Hatoyama seems to be myopically East Asia oriented, regarding Japan’s fundamental position in the world. He advocates the regular triangle of equal trilateral relations among the United States, Japan, and China, which illustrates his immature understandings of foreign affairs.

Therefore, I wish panelists had discussed viewpoints that I mentioned in the previous post. Above all, is Europe so far from Japan? As American allies, European nations share common interests and values with Japan more than any other nations across the world. Actually, from G5 in the past to G8 at present, both Japan and Europe are joint executives to support Pax Americana. Historically, Japan has been one of Western Great Powers in international politics since the Meiji Revolution.

It seems that some Japanese panelists argued something close to what I have in mind. Kenichi Ito, President of the Japan Forum on International Relations who chaired the Round Table jointly, argued a global US-Japanese alliance. In my view, the US-Japanese Alliance will be globalized through a League of Democracies constituted of the United States, Japan, and Europe. Yoshiko Sakurai, President of the Japan Institute for National Fundamentals, stressed the value of freedom. However, her opinions sound too narrowly focused on Asia. Hearing comments by both panelists, I felt myself like a baseball fan waiting for a homerun ball behind the fence. The fly ball that appeared to come to my seat across the fence failed to go farther, and it was caught by an outfielder twice. Had I a chance to say something, I would have talked of the clash between democracy and autocracy. They mentioned some points that I anticipated to say, and I wish they had talked furthermore.

American panelists presented insightful comments on US foreign policy to Japan and East Asia. However, had the background of attendants been more diversified, it would have been a good chance to hear opinions deep inside the American side. Just as the Japanese government rely on Japan handlers, the Japanese side tends to invite experts on Japan or East Asia to the debate on US-Japanese relations. However, politically speaking, Japan has been a “Western Civilized Nation” since the Meiji Revolution, and I believe it a good idea to invite experts on Europe and other regions as well. Then, Japan will be able to increase new fans, which will lead to deepen US-Japanese dialogues frequently mentioned on the American side. In addition, the debate could have been more stimulating, had critics to the Obama administration’s foreign policy been invited on the American side, as diet members of ruling and opposition parties joined the Round Table on the Japanese side. During the last presidential election, Republican candidate Senator John McCain advocated a League of Democracies in his article to Foreign Affairs, which is cited by neoconservatives such as Robert Kagan.

As I argue in this post, it is necessary to re-strengthen the trilateral alliance of America, Europe, and Japan to unite democracies firmly against autocracies and manage global challenges bases on common interests and values. This will contribute to deepening and redefining the US-Japanese Alliance that was discussed at the Round Table.
Posted by Σ. Alexander at 11:57 PM No comments: