Will the Trump-Putin Summit Destroy the World Order? 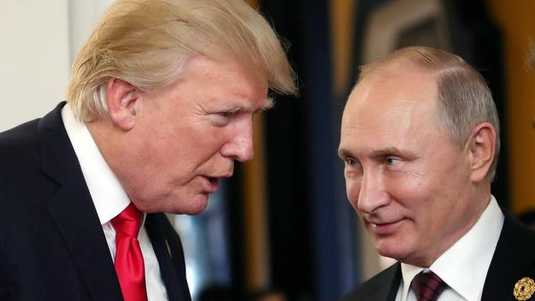 The top leader meeting of the United States and Russia could change the strategic landscape of great power rivalries, particularly in Europe and the Middle East. The summit of the fat man and the muscle man in Helsinki on July 16 is far more important than the summit of the fat man and the fat man in Singapore, since the latter was just a negotiation to manage a specific nuclear threat of North Korea. In addition, this summit is held when 12 Russian spies are indicted for the interference in the US presidential election in 2016 ("U.S. accuses Russian spies of 2016 election hacking as summit looms" Reuters; July 14, 2018). Prior to the Helsinki summit and the preceding NATO summit, President Donald Trump spurred criticism as he remarked that he would pull out the US troops from Germany, and might recognize the Russian annexation of Crimea. This is a complete denial of the Western alliance and the rule of law in international politics. Furthermore, Stephen Walt points out that Trump does not understand that Europe would be in nationalist rivalries like the prewar era without NATO and the EU, and both multilateral security regimes save US defense spending (“The EU and NATO and Trump — Oh My!”; Foreign Policy—Voice; July 2, 2018). US security officials are making every effort to calm down anxieties among European allies (“Withdrawal of U.S. troops from Germany is not being discussed, U.S. ambassador to NATO says”; Washington Post; July 5, 2018 and “Pentagon: White House did not request plan to withdraw Germany troops”; Washington Examiner; June 29, 2018). As to Crimea, National Security Advisor John Bolton failed to assure that Trump would not recognize Putin’s unlawful seizure, when he appeared “Face the Nation” of CBS News on July 1 (Twitter; Richard N. Haass; July 2, 2018). More problematically, Trump will meet his Russian counterpart Vladimir Putin without accompanying any staff (Twitter; Richard N. Haass; July 4, 2018).

Trump and Putin share common mindsets as they favor strongman leadership and disdain the alliance (“Trump hopes he and Putin will get along. Russia Experts worry they will”; Washington Post; July 29, 2018). Therefore, experts are critically concerned with Trump’s appeasement to Putin over the election meddling and Syria. Meanwhile, Trump wants a ceasefire in southwestern Syria with between Jordan and Russian-backed Assad regime. Therefore, he willing to make a compromise with Russia, though American officials are alert to another chemical attack by Assad (“Trump is kowtowing to the Kremlin again. Why?”; Washington Post; June28, 2018). Among American allies, Britain and Ukraine are in bitter conflicts with Russia over the Salisbury poisoning and Kremlin proxy activities from Crimea to Donbass, respectively. Thus, both nations critically concerned with a possible fatal deal in Helsinki (“First Trump-Putin summit has Cold War backdrop, U.S. allies nervous”; Reuters: June 28, 2018). The most critical problem is that Trump is meeting Putin without appreciating the significance of the alliance to US diplomacy. Former Ambassador to NATO Victoria Nuland comments that throughout the postwar era, American presidents have met Soviet or Russian leaders with solid support of European allies, but Trump is weakening this position as he does not understand that NATO gives leverages to US diplomacy with Russia. Furthermore, she argues that the Russian public want improved economy through sanction relief by the West, rather than successful military missions in Syria and Crimea to satisfy their patriotism. That is to say, America is in a stronger position than Russia for diplomatic interactions. However, she is seriously concerned that Trump is too willing to make compromises with Russia over Crimea and the election interference, which would ultimately reinvigorate Putin (“In Two Summits, a Moment of Truth for Trump”; New York Times; July 6, 2018).

But the problem is much deeper than Trump himself, because the Republican Party has fallen into an easy prey of Putin's manipulation. Formerly, Republicans were to more hardliner to the Kremlin, and they were alarmed when the Bill Clinton administration decided to incorporate Boris Yeltsin's Russia into the G8. But current Republicans give priority to partisanship rather than national security as typically seen in the case of Russian hacking to Hillary Clinton's e-mail. In an atmosphere like this, Trump sidelines foreign policy establishment efforts for long term alliance building, and pursues diplomacy for his business interests. That is his deal-oriented diplomacy for his personal victory (“The Trump-Putin summit in Helsinki”; Economist; July 5, 2018). Regarding such corrosion of the Republican Party, Jamie Kirchick of the Brookings Institution presents further analyses, who could have been a Republican foreign policy maker under Jeb Bush or Marco Rubio. Therefore, the following criticism to Trump's Republican is by no means Democrat progressive perspectives. The most fatal problem of the Clinton e-mail affair was that the majority of Republicans acquired stolen e-mails from Russia to defame her during the campaign. We should not dismiss that current Secretary of State Mike Pompeo was actively and knowingly involved in this denigration that was plotted by Putin and WikiLeaks. Only a handful of them such as John McCain, Marco Rubio, and so forth, rejected to help Putin's manipulation. Actually, the rise of pro-Russian mindsets was seen among American conservatives before Trump, particularly on social issues like anti-LGBT movements. Also, both Putin and Trump supporters mock worldwide Me Too Movements. Dismayed with political correctness and globalization, Republicans today become enamored of Putin's illiberal and anti-Western values through his KGB experience. Their America First is in complete resonance with Putin's vision of the world, because they are skeptical to multilateral security organizations like NATO and the EU, which sustain the liberal world order. This is the vital reason why Republicans put the party before the country today. The Party of Reagan has fallen into the Party of Putin in this way ("How the GOP Became the Party of Putin"; Politico: July 18, 2017).

Finally, I would like to mention possible implications of the Helsinki meeting beyond Europe and the Middle East. The Chinese Ministry of Foreign Affairs expressed their hope that the summit would be of some help to resolve global challenges ("Trump-Putin Summit: China says meeting should help solve global problems"; CGTN; June 29, 2018). Meanwhile, India regards Trump's disengagement from Eurasia as a new opportunity to strengthen her leverages throughout the continent, while Europe worries about the huge vacuum of power in consequence of it ("Raja Mandala: Trump, Putin and future of the West"; Indian Express; July 3, 2018). In the face of growing Chinese and North Korean threats, the US-Japanese appears to work well, despite Trump's controversial remarks. However, we have to keep in mind that his outrageous election pledges are real, not bluff, as shown in global trade wars and his yells and cusses at the last NATO summit. The vital problem is his fundamental thinking about America’s role in the world and her alliance network. As in Europe, Trump remarked withdrawal of the US troop from South Korea, which provoked anxieties among East Asian nations including Japan. Those gaffs show that American allies are liabilities from his business acumen perspectives. In addition, Trump's conciliatory approaches to the Kremlin's deeds over the intrusion of Crimea and Donbass in Ukraine, the poisoning of a former Russian spy and British citizens in Salisbury, and election meddling in Europe and America, simply gives green lights to Putin's infringement of the rule of law in international politics. That makes American commitments to the Freedom of Navigation in the South China Sea doubtful. Also, it undermines the Japanese appeal against Joseph Stalin’s unlawful seizure of the South Kuril islands. There are too many concerns with the Trump-Putin summit.