A growing number of experts say that Russia is a great power in decline, while China is challenging American hegemony. In terms of the GDP and defense spending, Russia is not a rival to the United States, and even to China. In 2018, Russia is ranked the 11th in the GDP, which is just below that of Canada, according to the IMF. As Canada pursues a cost-efficient defense policy, it may appear Russia is overspending on the military. Above all, I wonder whether Russian threat is destined to fall so easily and rapidly as wishfully understood among some experts, particularly among the Japanese, who are craving for a geopolitical counterbalance to China. There is no doubt that China will grow more and more formidable, but that does not belittle Russia. The Putin administration is launching ambitious military projects one after another, for example, advanced avionics fighter jets like Su-35 and Mig-35, stealth fighters and bombers like Su-57 and PAK-DA, and advanced sensor tanks like T-14. In addition to these conventional weapons, Putin’s Russia is rearming new generation nuclear weapons, such as RSM-56 Bulava SLBM, 9K720 Iscandar SRBM, and recently announced 9M729 cruise missile which is Putin's notorious deal breaker of the INF treaty. Actually, many of these weapon systems have already been deployed. Moreover, Russia is engaged in a war and a skirmish in Syria and Ukraine. Can Putin finance these grandiose military projects, without sufficient funding resource? It appears that President Vladimir Putin makes impossible possible. 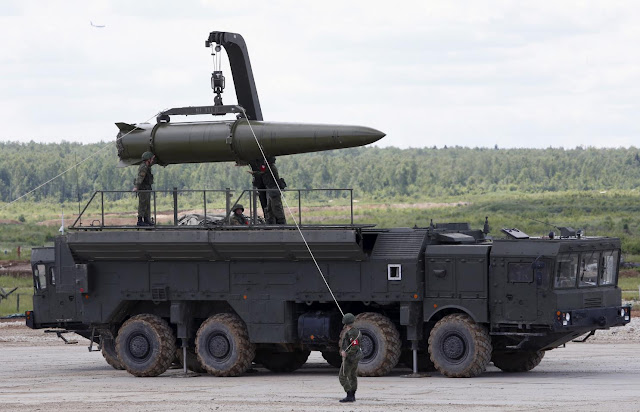 
This is a question that I have been wondering for years, but I have found a clue in an article by Anders Åslund of the Atlantic Council (“It’s time to go after Vladimir Putin’s money in the West”; Washington Post; March 29, 2018). He is a former Swedish diplomat, and served as an economic advisor to Russia, Ukraine, and Kyrgyzstan during the 1990s. According to Åslund, financial secrecy in the West enables anonymous investment by Russians, and that helps Putin and his fellows to manage their assets to maintain their power in Russia, and possibly, to assist national defense projects including asymmetric warfare as well. I would say. Let me tell it briefly. Putin and his inner circle, particularly the siloviki, accumulate a huge amount of wealth through controlling the secret police and big state companies. They raise money by extorting private businesses, manipulating commodity and stock prices, and so forth. They transfer those assets to the West, since the rule of law and investment secrecy protects them. Despite repeated Western sanctions and the Magnitsky Act, Putin and his fellows find loopholes of these regulations for their money laundering. Most of their investments go to the United States and Britain. According to the US Treasury, $300 billion was laundered in 2015, but financial secrecy hinders detailed investigation of it. In the UK, though the Cameron cabinet was about to launch a disclosure of these investments, they stepped down after the EU referendum. The May cabinet is not keenly aware of this problem, despite the Salisbury spy poisoning.

However, May’s poor attention to the Russian money was severely criticized by the Labour and the Liberal Democratic parties this March, as Russian investors are buying up luxurious properties in London. Some of them are near the Ministry of Defence, purchased by First Deputy Prime Minister-then Igor Shuvalov (“Russian elite must reveal how they paid for UK property, say MPs”; Guardian; 17 March, 2018). Furthermore, the Henry Jackson Society has released a report saying that nearly half of the Russians in London are associated with Kremlin spies, this November (“Half of the Russians in London are spies, claims new report”; Daily Telegraph; 5 November, 2018). In view of the threat of anonymous investment in America and Europe, the Abe administration needs to take cautious approaches in economic cooperation with Russia. Otherwise, Japan could fall into a loophole of Western sanctions against Russia, and could help asset management of Putin’s inner circle for fund raising to strengthen their domestic power base, to boost asymmetric and conventional warfare capability, and to found Kremlin’s overseas spy network. In other words, Tokyo could replace New York and London. Above all, Western sanctions on Russia will not be sufficiently effective, without being able to follow the money.

In addition to anonymous overseas investments, we need to review the nature of Russian capitalism which enables Putin to explore more defense friendly economy than the West. Here again, I would like to mention Åslund’s another article (“Russia’s Neo-Feudal Capitalism”; Project Syndicate; April 27, 2017). Under Putin’s rule, Russian businesses are renationalized, and crony capitalism is prevailing. The share of the state sector in the Russian GDP grew from 30% in 2005 to 70% in 2015. Nationalized companies are supposed to give priority to public interests. But in reality, those companies are managed by Putin’s inner circle, and they procure materials and sell assets out of the market price. The problem is not just crony capitalism. Nominally, Russian defense expenditure is the 4th largest, following the United States, China, and Saudi Arabia, which is roughly 1/9 of American spending (“TRENDS IN WORLD MILITARY EXPENDITURE, 2017”; SIPRI Fact Sheet; May, 2018). However, in a crony capitalism of Putin’s silovik fellows, the defense industry can enjoy exorbitant privileges for their business. Quite interestingly, Russian weapons are much cheaper than comparable ones of the West, and even those of China. For example, the unit cost is $150 million for American F-22, $89.2-115.5 million for F-35, $102.4 million for UK-led Eurofighter Typhoon, and $78.3-89.9 million for French Rafale, but it is only $50 million for Russian Su-57, and $40–65 million for Su-35. Meanwhile, China’s J-20 costs $100-$120 million, and J-31 costs $70 million. The R&D spending on Russian weapons can be manipulated much lower than those of the West.

Of course, we have to bear in mind that we have often over evaluated Russian weapons, as shown in the case of the defection of Viktor Belenko in 1976, when Western experts learned that formidable MiG-25 was fast but not so capable as they had thought before. In any case, it is impossible in a fair market economy to manufacture any weapon to rival the most advanced American one so inexpensively, even though it is slightly less advanced. From this point of view, we should rather assume that Russian military power is beyond nominal defense expenditure. Also, we need to reconsider her balance of power with China. In the Far East, China overwhelms Russia in population and the GDP, but when it comes to a Eurasian scale strategy such as the Belt and Road Initiative, China is no senior partner to Russia as shown in her poor handling of the Uyghur problem. Also, it is likely that Putin assumes his defense projects are economically sustainable. Remember that he gave up on the Soviet Union quite early, when Western experts hardly thought of the collapse of the Eurasian superpower. This suggests that Putin is keenly aware of the balance between military power rivalry and economic sustainability. In any case, it is vital to make an appropriate assessment of the Russian power. So many things, regarding Russian fund raising and defense procurement systems, are unknown. Otherwise, any policy, including sanctions on Russia, will not be sufficiently effective.