It is expected that the leader of permanent member of the UN Security Council act responsibly to defend the global public interest, as cited in the Atlantic Charter and the UN Charter. However, Russia’s new nuclear doctrine and provocative behavior in Europe since the Ukrainian crisis raise doubts that the Putin administration abuses great power status, rather than assuming burden and responsibility. Putin’s nuclear saber rattling simply destabilizes global security. Despite that, Russia is a member of both P5+1 on Iran and the Six Party on North Korea. Therefore, we must ask critically if President Vladimir Putin fulfills his responsibility to lower nuclear threats of the world.
Prior to the new strategic doctrine, Russia has been pursuing to build up nuclear arsenals. Bulava SLBMs were deployed to the Borei class submarines recently to go through the enemy missile defense system. More problematic one is Iskandar mobile theater ballistic missiles, which is accused of the violation of the 1987 Intermediate-Range Nuclear Forces Treaty by the American side (“Russia’s deployed nuclear capacity overtakes US for first time since 2000»; End the Lie; October 6, 2014). As nuclear attack capability expands, Retired Army General Yuri Yakubov told Interfax News Agency that Russia revise military doctrine to declare preemptive nuclear strike against adversaries, and make it clear that the United States and NATO as the primary security threats ("Russian General: Bring Back Pre-emptive Nuclear Strike Option Against NATO”; Breitbart News” 3 September 2014). The doctrine raises widespread concerns in Europe, as Russia behaves aggressively these days (“Insight - Russia's nuclear strategy raises concerns in NATO”; Reuters News; February 5, 2015).
As the Ukrainian crisis deepens, Russian intrusion to the British airspace has become frequent. RAF Typhoon fighters intercept TU-95 bombers over Scotland almost routinely these days, and some of them even go southward to the English Channel and carry nuclear missiles. Former Ambassador to Russia Sir Tony Breton says that Putin wants to show his anger to Britain, regarding Western involvement in Ukraine (“Putin showing UK 'what we are taking on' with Russian bombers, former UK ambassador claims”; Independent; 7 March, 2015). Russian intrusion also comes from the sea. Royal Navy frigate Argyll tracked Russian frigate Yaroslav Mudryy and supporting tanker Kola through the English Channel (“UK Navy's HMS Argyll tracks Russian warship in English Channel”; Naval Technology; 18 February 2015). More dangerously, Russian military intelligence aircraft had a near miss with an SAS airliner from Denmark flying off Sweden. Both Denmark and Sweden summoned Russian Ambassadors for he safety of civilian flight (”Scandinavians warn Russia after air near-miss”; Financial Times; December 15, 2014).
It seems that Putin is augmenting nuclear threats just in order to demonstrate Russian power, rather than behaving as a responsible stakeholder in global security. Russia’s preemptive strike doctrine and air-sea intimidation in Europe make its credential as a member of the denuclearization talks with Iran and North Korea questionable. Actually, some Russian actions to Iran and North Korea appear more oriented to geopolitical power games, rather than nuclear nonproliferation. We must examine critically, whether Putin gives more priority to the rivalry against the West or great power responsibility for nuclear arms control.
While participating in the nuclear talks with Iran, Putin takes some controversial actions which are contradictory to the role of P5+1. In parallel with the Crimean crisis, Russia started bilateral economic cooperation talk with Iran last February, to propose assistance to build civilian nuclear power plant in return for oil and gas concession for Lukoil. Iranian ambassador to Russia Mehdi Sanai even said that Russia should have natural privileges in the Iranian market as a friend since the 16th century (“‘Friends from Russia should have advantage in the Iranian market’ - Iran’s ambassador”; RT; February 17, 2014). Actually, Russian Deputy Foreign Minister Sergei Ryabkov said that Russia would take retaliatory measures against Western sanctions over the Ukrainian crisis (“Russia May Alter its Position on Iran in Standoff With West”; Global Security Newswire; March 20, 2014). Despite Western criticism, Russia reached an agreement to build two nuclear reactors in Iran. Critics argue any nuclear technology transfer to Iran is dangerous. Quite problematically, currently negotiated nuclear deal does not limit Iran’s uranium enrichment capability. But the Obama administration withdrew objection to this deal itself. Meanwhile, the United States and its allies demanded that Iran stop enrichment (“Russia Reaches Deal With Iran to Construct Nuclear Plants”; New York Times; November 11, 2014).
Regarding enriched uranium, Iran agreed to send declared low grade stockpiles for medical use to Russia and France to process them into nuclear fuel, in 2009. However, that did not cover undeclared ones (“Iran Agrees to Send Enriched Uranium to Russia”; New York Times; October 1, 2009). However, Iran declared that they did not reach such an agreement with the United States, earlier this year (“Iran says no deal with U.S. to ship enriched uranium to Russia”; Reuters News; January 3, 2015). The deal is so fragile that it is unlikely to bind Russia even lowly enriched uranium were sent there. When just the preliminary deal was struck, Putin decided to sell advanced Antey 2500 anti-air missile system to Iran. Russia’s high-tech weapon agreement can hollow international sanctions on Iran (“Putin Throws Wrench in Iran Nuke Talks”; Fiscal Times; February 23, 2015). 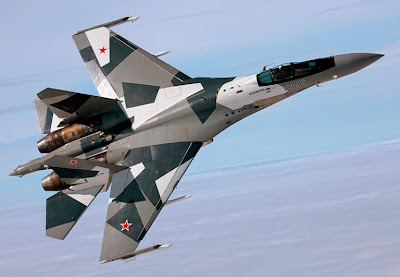 Russia also takes action to deepen ties with North Korea, which could embolden another nuclear proliferator. Since last year, Russian politicians from Moscow and Far Eastern provinces visit North Korea frequently to boost trade and investments, and upgrade railway systems through North Korea to Siberia. Though North Korean Ministry of Foreign Affairs said to expand political and military ties with Russia earlier this year, along with economic ties, Russia has not resumed military aid due to international sanctions against North Korea. However, North Korea expressed strong interest to buy Su-35, which is the most advanced fighter of the Russian air force, in order to replace aging Soviet made fighters like MiG 17, MiG 21, and so forth. Currently, Russia abides by international sanctions, but we need to watch North Korea’s bid closely, because they will acquire nuclear delivery vehicle once they buy Su-35. North Korea has developed ballistic missiles, but they have not made nuclear warheads small enough to be loaded. But with Su-35, North Korea could launch nuclear attacks throughout North East Asia. Of course, as Richard Weitz (Director of the Center for Political and Military Analysis at the Hudson Institute) argues, Russia is more likely to provide aeronautic spare parts for North Korea by labelling them as civilian aircraft use, rather than taking a risk of violating sanctions by selling super advanced fighters. In either case, we must watch very carefully whether Putin is hollowing nonproliferation sanctions against North Korea (“Moscow and Pyongyang: From Disdain to Partnership?”; Diplomat; February 19, 2015).
In view of Putin’s behavior regarding new strategic doctrine, Europe, Iran, and North Korea, I have to conclude that Russia is intensifying nuclear threats to global security, and does not fulfill the responsibility as a great power that was envisioned by Franklin Roosevelt for the postwar world order. We must send some strong messages to demand that Putin act more responsibly on global nuclear security issues. For one of them, I would suggest that the global community remove Russia from permanent members at the UN Security Council. In practice, this is quite hard as Russia has a veto. More realistically, I suggest that world leaders mention great power responsibility in the statement of the 70th anniversary since the end of World War II. It is already the 21st century, and behavior of major powers within this 70 years is far more important than past misconducts by Japan and Germany. German Chancellor Angela Merkel may not be interested in such an idea, judging from her softline policy to Russia. On the other hand, it will be helpful for Japanese Prime Minister Shinzo Abe to mention irresponsible great powers in the 70th anniversary statement.
This February, Chinese Foreign Minister Wang Yi told that China and Russia would co-host the 70th anniversary ceremony of anti-fascism and victory against Japanese invasion, in order to suppress Japanese “right wingers”, and confirm their continual position as World War II victorious great powers (“Chinese Foreign Minister Told Not to Dstort Wartime History”; Mainichi Shimbun; February 24, 2015) . When Abe delivers a joint statement with the United States to stress postwar democratic and peaceful Japan, he should mention great power responsibility to counter the Russo-Chinese axis. Robert Kagan, Senior Fellow at the Brookings Institution, comments that both Russia and China behave provocatively not for their defense but restoring their wounded pride by Western supremacy (“The United States must resist a return to spheres of interest in the international system”; Brookings Institution blog --- Order from Chaos; February 19, 2015). This is typically seen in Putin’s brinkmanship diplomacy and geopolitical power game mentioned in this post. Therefore, nuclear security is a vital issue to question Russia’s credential as a responsible great power.
Posted by Σ. Alexander at 11:49 PM No comments: