The Timeline of Iran’s Nuclear Project

The Geneva Talk has provoked controversies whether to make a nuclear deal with Iran or not. Iran’s nuclear project dates back to the shah’s era. The New York Times publishes the chronology of the nuclear development to present a historical overview of the ongoing negotiation.

It is well known that Shah Mohammed Reza Pahlavi envisioned a post petroleum Iran, and the nuclear power plant project was a crown jewelry to sustain high economic growth during the Pahlavi era. Since the 1950s, the United States provided generous technological aid for Iran, and the shah joined the Nonproliferation Treaty in 1968. 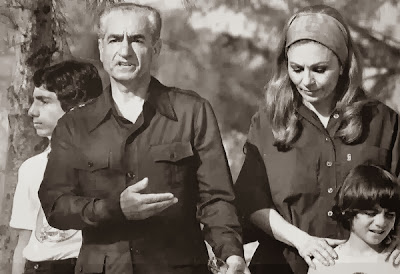 Things have changed after the Iranian Revolution in 1979. The project restarted in 1984 to reconstruct the plant in Bushehr. In the late 1980s, Iran joined the Khan Network to develop nuclear weapons. Also, Russia signed the nuclear contract with Iran in 1995. Though Russian President then Boris Yeltin pursued post Cold War coexistence with the West, his administration did not accept the American request to stop selling nuclear technology to Iran. In 2002, Iran’s opposition group Mujahedeen Khalq revealed the secret plan for nuclear bomb. The following map shows main nuclear facilities. 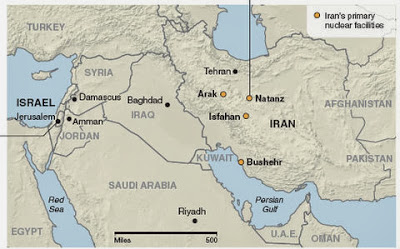 Despite continual crisis, UN sanctions started so late in 2006. Quite interestingly, Israel made a secret request to the Bush administration to attack Iran’s nuclear facilities in 2008, as it did to stop Saddam Hussein’s program in Iraq. Instead, the Bush administration began cyber attacks to Iran along with Israel. The Timeline is helpful to understand the development of the decades long Iran nuclear crisis. I would like to talk about Iran’s nuclear threat furthermore later.
Posted by Σ. Alexander at 11:07 PM 1 comment:

The Obama administration faces political deadlocks too frequently, like sequestration and government shutdown. Partisan divide among the American public arose during the Bush era, and that has grown tremendously ever since Barack Obama was inaugurated. The Tea Party movement emerged as widespread backlashes to the Obama presidency. Regarding frequent sequestration and current shutdown, experts tend to discuss ideological split and fiscal policy, but I would rather focus on public hatred to un-American aspects of Barack Obama himself.

No other Presidents have been called so offensively as Obama is. People call him a socialist, communist, Muslim, etc. Still, many of them suspect that Obama was not born in the United States, which disqualifies him to be the president by the constitution. Some racist sentiment may lead to those profanities, but public hatred to Obama’s un-Americaness is much deeper than this. As shown in his speeches at the inauguration, in Prague, and in Cairo, Obama’s apologetic foreign and domestic policy views are at odds with traditional American values.

Since his inauguration, or even during the election campaign for his first term, it was predictable that the division of the American public would be intensified if Obama took office. However, the media praised and dramatized him, simply because he would be the first Black American president in history. They went along with anti Bush atmosphere without giving consideration to political implication of Obama’s victory. Conservative popular backlash as typically seen in the Tea Party movement is an inevitable consequence of it. Regarding popular protests, I would like to mention two key points. First, they want to defend America of the constitutional value, which is assuring freedom from the government. Second, they stand against any actors that pose danger to their homeland of lofty constitutional ideals, and Islamic terrorists are the most critical threat for them. Popular profanities to Obama illustrate their emotion to him. Politics is not always a rational debate of a certain policy, and I would like to argue these two points, mainly based on Facebook and Twitter massages.

It is often understood that the Tea Party is a rally of fiscal austerity as it advocates a small government. This is quite superficial. Most of the participants and supporters of the rally are not experts but grassroots public. Rather than technical issues on the budget and welfare, their primary agenda is an America of constitutional ideals. Obama care is a symbol to attack his big government. Some experts like Timothy Gaston, Senior Fellow at the Brookings Institution, proposes that Republicans focus on fiscal policy rather than Obama care (“Time to Compromise? How Republicans and Democrats View the Government Shutdown”; FixGov; October 3, 2013). It makes sense when the partisan battle is simply on the economy. That is not the case with Tea Party conservatives. Obama care is a symbol of his big government policy as northern spotted owl was in the Pacific North West forest in 1994 and polar bear is on global warming at present.

Constitutionalists are loyal to national foundation ideals, and they are very patriotic and affirmative to America. Certainly, unlike neoconservatives, they are no proponent of America as the world policeman. In Syria, they opposed the war not because of the budget, but the fear of helping Al Qaeda among the rebel. They may be isolationist when the US homeland is safe, but another Pearl Harbor attack like 9-11 makes them interventionist to defend the constitutional homeland of America.

From this perspective, fear of Islam among grassroots conservative is quite important. A typical case that illustrates such a sentiment is popular responses to Nina Davuluri, the winner of Miss America 2014. She is the first Indian American to win the title, but numerous offensive comments were tweeted on Twitter. For example, "Congratulations Al-Qaeda. Our Miss America is one of you", "More like Miss Terrorist #MissAmerica", and so forth (“20 Racist Tweets About the New Miss America”; Indian Country; September 16, 2013). 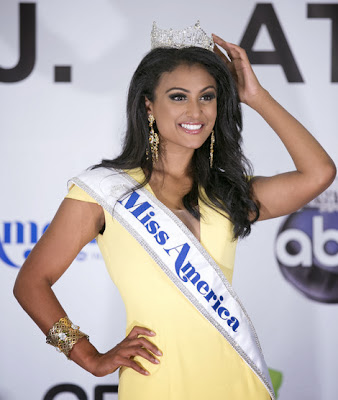 Fear of Islamic terrorism is understandable, but she is not an Al Qaeda.

Those tweets show ignorance and vulgar racism, as India is a key ally for the United States in the War on Terror. Moreover, some rulers of Islamic dynasties in India during the Middle Age were so extremist that they repressed Hinduism brutally, and even exterminated Buddhism. However, I would like to stress that such ignorance and vulgarity illustrate popular feeling much more vividly than splendid academic articles. The media and experts talk about antipathy to long wars in Iraq and Afghanistan, but they dismiss voices against possible help to Islamic extremists Syria and profanities to Obama are deeply related to such sentiments.

Obama cannot manage such popular antipathy to his domestic and foreign policy. Even his fellow Democrats express dissent to Obama. Fifteen Democrat senators, including Michael Bennet, Jeff Merkeley, and so forth are frustrated with the political deadlock by the Obama care dispute, as they have elections in 2014 (“Obama Moves to Quell Democratic Dissent Over Health-Care Rollout”; Bloomberg News; November 7, 2012). According to the poll by Quinnipiac University, Obama’s approval rate has fallen to 39%, which is the lowest since his inauguration (“President Obama's approval rating drops to lowest yet in Quinnipiac University poll”; FOX News; November 12, 2012). Alex Roarty, Staff Correspondent for the National Journal, points out that the president who does not run for reelection has not recovered from the drop in approval rate (“Why Obama won’t Bounce Back”; National Journal; November 12, 2013).

On the global stage, it is Russian President Vladimir Putin who takes the top position of Forbe’s Ranking of the World’s Most Powerful People, and Obama comes to the second, followed by Chinese President Xi Jingping to No.3, German Chancellor Angela Merkel to No. 5, and British Prime Minister David Cameron to No. 11 (“Forbes Releases 2013 Ranking Of The World's Most Powerful People”; Forbes Magazine; October 30, 2013). Does this imply that the United States is no longer the superpower? Seeing the ranking carefully, you will understand that many American public officials and businessmen such as Federal Reserve Chairman Ben Bernanke and Microsoft founder Bill Gates occupy high positions on the list. It is not American decline but Obama’s poor leadership that has led to such a result. In a parliamentary cabinet system, a leader like him would have already gone. Remember the government functioned during the Bush era, though approval rate plunged after the global financial crisis.

Though having three years left to end his term, Barack Obama has become a lame duck president virtually, and it is time for American watchers to think of the next president after Obama. From current ruling Democratic Party, Former Secretary of State Hillary Clinton is supposed to be the most likely candidate. However, the Benghazi Gate will give her heavy blow. This incident deterred Former Ambassador to the United Nations Susan Rice from assuming the position of the Secretary of State, in the face of vehement opposition from Republicans on the Hill. In view of widespread naïve fear of Islam among the grassroots, this is a critical disadvantage. Will the Democratic Party still nominate her or someone else?

Also, it is vital to see whether the Republican Party rolls back or not. Nile Gardiner, Director of the Margaret Thatcher Center at the Heritage Foundation, comments critically that British Prime Minister David Cameron’s cheer leading to Obama will harm the image of the Tory Party among its fellow American conservatives. In addition , Gardiner sends a reminder message that Conservative Cameron has little to learn from Democrat leftist Obama (“Cameron worships Obama, but Barack's win won't help Dave in 2015”; Daily Telegraph; 8 November, 2012). Gardinier’s comment is insightful even to Socialist French President François Hollande, as Obama has already become a lame duck. Can the Republican Party overcome the split between interventionist defense hawks and America first Tea Party? This is the key to their roll back.