US Presidential Election and the Middl East 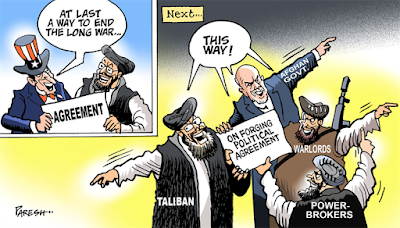 It is anticipated that the rapid increase of shale oil and gas production could accelerate American isolationism and disengagement from the Middle East. History tells us that isolationism is not viable, despite energy self-sufficiency. Shortly before the United States joined the Allied Forces, her industrial and mining output was overwhelming, producing 60% of world oil output (“Timeline: Oil Dependence and US Foreign Policy”; Council on Foreign Relations). Americans were barely awakened by the Pearl Harbor attack. Obviously, they underestimated savage power interactions of international politics, in those days. Even if the United States is totally disengaged from the Middle East, the mindset among adversary regimes and terrorists shall not change. They educate the youth to blame that the “axis” of the United States, Britain, and Zionists, is responsible for the misfortune of their fellow Muslims. This bigotry has been inherited for generations. Disengagement from this region would just prompt another Pearl Harbor or 9-11 terrorist attacks.

In the midst of the presidential election campaign, the Council on Foreign Relations sent a questionnaire to the candidates about foreign policy. 4 out of 12 questions are Middle East issues, such as, the nuclear deal with Iran, withdrawal from Afghanistan, the murder of Kashoggi by Saudi Arabia, and the peace talk between Israel and Palestine. Voters may be fed up with long wars in the Middle East, but for foreign policy experts, this region is still strategically important. Remember that the Middle East has been the crossroads of civilizations and great power rivalries for centuries. Among the four questions, Afghanistan is the most imminent.

At the end of last February, Donald Trump announced that he made a peace deal with the Taliban to pull out troops from there. Appallingly, Trump has kept his election promise so indiscreetly, to conclude this “Make Taliban Great Again” deal. The United States will create the power vacuum through withdrawing forces in just 14 months, and also, release Taliban terrorists from the prison. Ultimately, that will reinvigorate them (“President Trump's Disgraceful Peace Deal with the Taliban”; Time; March 3, 2020). Furthermore, Trump repeats Barack Obama’s mistake in Middle East policy to withdraw troops from Iraq and Syria prematurely, and Bill Clinton’s mistake in Afghanistan. In 1997, the Clinton administration expected the Taliban to stop sponsoring terrorism, in return for an oil pipeline project in their realm, but that deal failed to prevent the 9-11 attacks. Trump’s deal with the Taliban is similarly dangerous (“Trump’s bad Taliban deal”; Washington Examiner; February 27, 2020). How dare can he blame Democrats?

To prevent another 9-11 attacks, the United States need to engage with the Afghan government continually, through development aid (“The Riskiness of the U.S. Deal to Leave Afghanistan”; Council on Foreign Relations; March 2, 2020). Richard Haass, President of the Council on Foreign Relations, argues furthermore, that the United States conclude a more detailed security pact with the Afghan government separately, regarding the conditions of troop withdrawal and long-term support for them, from economic development to national security. That would assure the continual US presence in Afghanistan (“How Not to Leave Afghanistan”; Project Syndicate; March 3, 2020). Afghanistan has been dependent on US brokering to conclude the results of presidential election since the overthrow of the Taliban, partly because the Afghan constitution assumes unitary rule of the president, while the nation is actually fragmented by tribes and warlords. They do not accept the results straightforwardly (“Afghanistan’s Election Disputes Reflect Its Constitution’s Flaws”; Carnegie Endowment for International Peace; March 12, 2020).

While rival candidates tell almost unanimously that Trump respect multilateralism and American moralism, on the Iran nuclear deal, Saudi Arabian human rights, and the Israeli-Palestine peace talk, they do not show compelling ideas to refute his irresponsible retreat from Afghanistan. It seems that American leaders and public have no articulate vision of post-911 Middle East yet. Among the candidates, Bernie Sanders is obsessed with an antiwar leftist vision to blame the military-industrial complex and oil business for America’s long wars in the Middle East. That is just another kind of America First. Voters may not be interested in Afghanistan, but the Democrat needs to show a strong alternative to Trump’s way.

Besides those four questions of the CFR questionnaire, Republican Bill Weld, who runs against Trump, replies to the question on Africa in connection with Middle East terrorism, while other candidates simply mention development aid and empowerment. Actually, the Middle East is deeply intertwined with other foreign policy issues. Some people say that the United States focus more on Asia to curtail rising threats of China. But I would argue that the return of American internationalism is more vital than America’s strategic emphasis by region. Disengagement from the Middle East is still reckless and premature.